What is benign bone tumor?

Fortunately, the majority of tumors that originate in the bones are benign, meaning that the tumor is very unlikely to spread from its original site to a new location.

Contrary to what most people expect, benign bone tumors occur most often in people less than 30 years old. Most are discovered in children, while their skeletons are still growing. These tumors are often strongly influenced by the hormones that stimulate normal growth. As a result, many benign tumors actually stop growing once a child reaches skeletal maturity (i.e. when bones stop growing in length). This usually occurs between the ages 14-16 in girls and the ages of 16-19 in boys.

Benign tumors can occur in any bone of the skeleton. Some types of tumors are most common in specific locations such as the spine or near the growth plates of the largest bones. In general, the most common bones involved are also the largest, the femur, tibia, humerus, and pelvis.

Some “benign” tumors occasionally are locally aggressive tumors that can progressively destroy bone. An example would be giant cell tumor of bone. This particular tumor would need early local management before the end of a bone is destroyed.

What are types of benign bone tumor?

Although bones are hard and rigid they are made up of living cells. There are two types of bones: flat bones, which are those such as the skull that are responsible for protecting organs; and long bones, which provide support such as the bones in the arms or legs. A tumor is a mass of cells and a benign tumor is one that does not spread to other parts of the body. There are several types of benign tumors that grow in and around bones:

Chondroblastoma, also called Codman’s tumor, is a rare form of benign tumor that begins in the chondroblast cells. Chondroblast cells produce cartilage, the fibrous connective tissue found around bones that is important in the growth process. Although chondroblastoma can occur at any age, it most commonly affects those between the ages of 10 and 20 according to the medical research.Chondroblastoma tumors are usually found in the long bones of the limbs such as the femur or humerus. These tumors occur on the bone, but can affect the nearby joints resulting in accumulation of fluid that can cause pain and interfere with movement. Chondroblastoma can also cause the muscle in the area to deteriorate and appear smaller.

Enchondroma is another type of non-cancerous bone tumor that originates from cartilage. Enchondroma, however, occurs from the cartilage that lines the inside of bones. The long bones of the hand are the most common site for these tumors but they may also be found on the femur, humerus or tibia.Enchondroma tumors can cause the bone in the hand to become weak and vulnerable to fracture. The tumor can also cause pain and swelling around the area of the tumor. Because these tumors typically affect those between the ages of 10 and 20 they can also slow the growth of the affected bone.

Giant cell benign tumors are a rare type of bone tumor that typically affects adults between the ages of 20 and 40, according to the medical research. The cause of these tumors is unknown and they seem to occur spontaneously independent of environmental factors, diet, trauma or genetics.Giant cell tumors almost always occur in the end portion of a long bone near a joint. Because of the position of the tumor it can induce symptoms including pain and swelling that can affect the movement of a nearby joint. As the tumor grows to a detectable mass, it can weaken the bone, increasing the risk for fracture.

What are the symptoms?

A palpable lump or swelling can be the first sign of a benign tumor. However, the most common sign is persistent or increasing pain in the region of the tumor. Sometimes tumors are discovered only after a fracture occurs where the bone has been weakened by the growth of the tumor.

Pain associated with a bony lesion is cause for immediate concern. Symptoms vary by tumor type and location. It is important to distinguish benign bone tumors from cancerous tumors, which may be life threatening. The following are common symptoms occur:

What are the causes and risk factors of benign bone tumors?

Benign bone tumors occur most often in children whose skeletons are still growing and people up to age 30. These tumors are often strongly affected by the hormones that cause growth. Many benign tumors stop growing once a child’s bones do. This usually is between the ages 14 to 16 in girls and 16 to 19 in boys.

The cause of benign bone tumors is unknown. They often arise in areas of rapid growth. Possible causes include:

But in most cases no specific cause is found.

What is the best treatment for benign bone tumors?

Treatment will depend on many factors. The recovery rates depends on the grade,stages and types of cancer, the location  cancer, the size of cancer,how long that cancer are happen and also age and patients general health. In some cases, a bone tumor can trigger a bone fracture-the tumor might go away as the bone heals requiring no other intervention. Doctors might choose to observe small growths that cause any symptoms. Surgical treatments remove the tumor and facilitate the growth of healthy new bone in its place. You might need treatment for a bone tumor that is growing aggressively and poses a risk for paralysis and deformity.

There is also a Chinese herbal treatment that can reduce and delay tumor growth in bone. Treatment according to the Malaysian Chinese Master, he used some herbs such as Jin Yin Hua (Lonicera) and Lian Qiao (Forsythia) are used to treat ‘wind-heat’, and Gui Zhi (cinnamon Twig) and Sheng Jiang (fresh ginger) are used to treat ‘wind-cold’. These herbs may be found in traditional formulas combined with other herbs that are then individualized to specific conditions. The Chinese herbal formula is consumed as a drink, three times a day. KL Kuala Lumpur Chinese Master indicates that the ingredients are a “family heritage” which was inherited from his father and later refined by him.

Another Way of Chinese Medicine may be performed via acupuncture and qi gong. Acupuncture is a treatment technique that uses fine needles to puncture at the point of the body, known as ‘acupuncture points’. It is used to influence the physiological functioning of the body. According to some people, acupuncture is a best technique to treat and to prevent diseases. This is because acupuncture is the oldest healing system in the world. Acupuncture is originating from China since 5000 years ago. It becomes popular in the whole world in the last three decades including in Kuala Lumpur (KL), Malaysia.

Qi gong (also known as chi gong and chi kung) is a Chinese word that means energy work or cultivation of chi or energy. It is a powerful system of healing and energy medicine. Chinese physicians recorded thousands of years ago that everything is composed of the same energetic substance called Qi or chi. Qigong practitioners believe that energetic blockages or an imbalance of Qi is the root cause of dis-ease and that a free flow of energy is needed in the body and energy system for good health and well-being. The body has an energy field that is composed of energetic lines called meridians and channels. Energetic blockages in these channels cause imbalances in the energy field, which can lead to dis-ease.

So it’s up to you to choose which of the appropriate treatment according to your needs and wants in order to treat your disease. But preferably Chinese Master himself came to know in detail about the disease and benign bone tumors immediately feared for bone tumor will spread into cancer. Chinese Master used to say, “Where there is desire there is a way.” English proverb it is said prevention is better than cure. 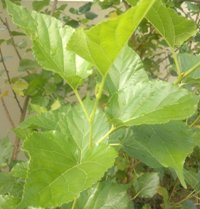